History of the Passat 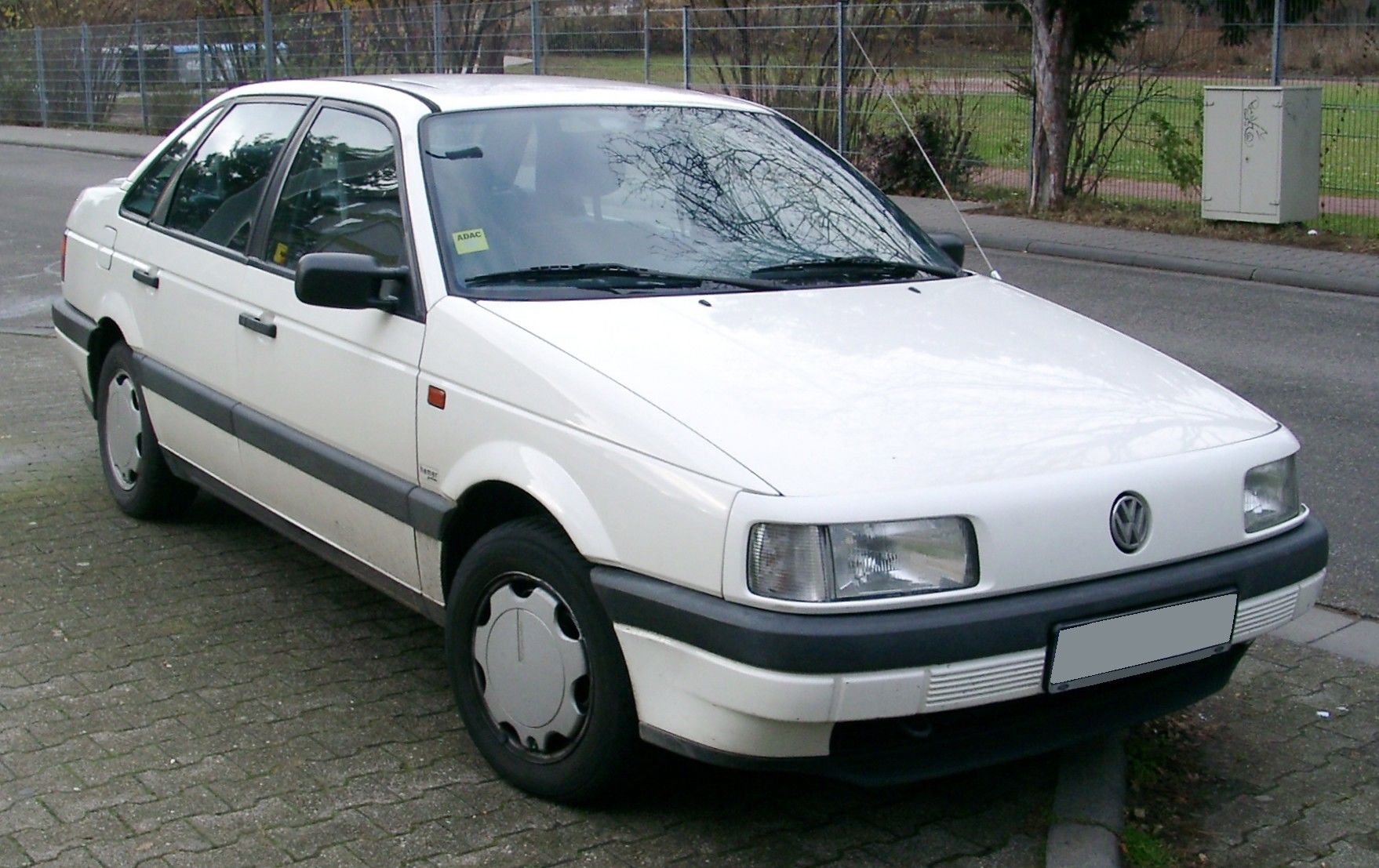 Following the Volkswagen Group’s acquisition of Auto Union in 1964 and NSU in 1969 (both these entities combined to form the modern-day Audi company), Volkswagen used the newly acquired engineering expertise to develop a modern front-wheel drive car with a water-cooled engine, and thus the Passat and Golf (the latter being introduced in 1974) were the first of a new generation of Volkswagen cars. The first two (as well as the fifth) generations of Passat were developed from the Audi 80/Fox/A4 platform using Audi’s trademark longitudinal powertrain layout, however, all remaining generations (including the latest) have used a Volkswagen specific, Golf-derived transverse engine layout.

During its development phase, the Passat was designated internally as EA400 (Entwicklungsauftrag 400, or “Development Order 400”), and well before its launch, production of the Volkswagen Type 3 at the Wolfsburg plant had been stopped in order to free up capacity for the new car.[3] Wolfsburg was able to ramp up production carefully: directly before Passat production started the lines were used to assemble small volumes of the car’s Audi 80 sibling which had been launched a year earlier.[3]

Though numerous sources suggest the Passat nameplate derives from the German word for trade wind, reflecting the period in Volkswagen’s history when it named its vehicles after prominent winds and currents (e.g., the Volkswagen Golf (after German for Gulf Stream), the Volkswagen Jetta (after the Jet stream), Volkswagen Bora (after Bora), and Volkswagen Scirocco (after sirocco),[4] a 2013 report by former VW advertising copywriter Bertel Schmitt, says that — after consulting knowledgeable VW sources including Dr. Carl Hahn, former Volkswagen of America Chief and WP Schmidt, former sales chief at Volkswagen — no conclusive evidence suggests that Volkswagen employed a naming theme for its then new front-drive, water-cooled vehicles; nor that the names trace etymologically to any particular theme, nor that any naming system “was ever announced, either officially or confidentially.”[5]

The original Volkswagen Passat was launched in 1973. The body types offered originally were two- and four-door sedans and similar looking three- and five-door versions. Externally all four shared a modern fastback style design, styled by the Italian designer Giorgetto Giugiaro. In essence, the first Passat was a fastback version of the mechanically identical Audi 80 sedan, introduced a year earlier. A five-door station wagon/estate was introduced in 1974. In Europe, the Passat was equipped with two rectangular, two round 7-inch, or four round 5.5-inch headlights depending on specification. The Passat was one of the most modern European family cars at the time and was intended as a replacement for the aging Volkswagen Type 3 and Type 4. The only other European cars of its size to feature front-wheel drive and a hatchback were the Renault 16 and Austin Maxi.

The Passat originally used the four-cylinder OHC 1.3 l (55 PS (40 kW; 54 hp)) and 1.5 l (75 PS (55 kW; 74 hp)/85 PS (63 kW; 84 hp)) petrol engines also used in the Audi 80—longitudinally mounted with front-wheel drive, in Audi tradition, with either a four-speed manual transmission or three-speed automatic. It had a MacPherson strut front suspension with a solid axle/coil spring setup at the rear.

The whole range received a facelift in 1977 (launched 1978 outside Europe), featuring an interior upgrade and subtly revised styling including repositioned indicators and depending on the model, either four round or two rectangular headlights.[6]

In North America, the car was called the Volkswagen Dasher.[7] The three- and five-door hatchback and a station wagon model were launched in North America for and during the 1974 model year. The sole available engine was a carburetted 1.5 l inline-four developing 75 hp (56 kW) (or 70 hp (52 kW) in 1975), supplanted from model year 1976 by a Bosch fuel-injected 1.6 l four 78 hp (58 kW). North American cars were equipped with single DOT standard headlights.

In 1978 the Dasher received a facelift along the lines of the European Passat, with quad sealed beam headlights and big polyurethane covered bumpers. The trim was also upgraded and the ride softened. 1979 saw the introduction of the 1.5 l diesel engine, which produced just 48 PS (35 kW) in the 1,130 kg (2,490 lb) car. 0–100 km/h time for the Diesel was 19.4 seconds, 6.2 seconds slower than the gasoline (petrol) engine. All gasoline engines were dropped for North America in 1981 in preparation for the next generation.[8]

In Brazil, the Passat B1 was produced from June 1974 until 1988. Since the Audi 80 was not marketed in Brazil, the Passat received Audi’s different front-end treatment after a facelift for 1979. Originally with a 1.5-liter engine, during its long life cycle, many improvements from the B2 platform were later introduced, like its 1.6 and 1.8-liter engines, a Brazil-specific face-lift in 1985, and a five-speed gearbox. A sports version named Passat TS 1.6 and later Passat GTS 1.8 Pointer was also introduced.